How Should we define AI?

AI is currently a “hot topic”: media coverage and public discussion about AI is almost impossible to avoid. However, you may also have noticed that AI means different things to different people. AI is about artificial life-forms that can surpass human intelligence . And for others, almost any data processing technology can be called AI.

What AI is, how it can be defined, and what other fields or technologies are closely related. Before we do so, however, we’ll highlight three applications of AI that illustrate different aspects of AI. We’ll return to each of them throughout the to deepen our understanding.

Self-driving cars require a combination of AI techniques of many kinds. To find the most convenient route from A to B, computer vision to identify obstacles, making with the complex and dynamic . Each of these must work with almost flawless precision in order to avoid accidents.

The same technologies are also used in other autonomous systems such as delivery robots, flying drones, and autonomous ships.

Implications: road safety should eventually improve as the reliability of the systems surpasses human level. The efficiency of logistics chains when moving goods should improve. Humans move into a supervisory role, keeping an eye on what’s going on while machines take care of the driving. Transportation is a crucial element in life, there are also some implications that we haven’t even thought about yet.

A lot of the information that we encounter in the course of a typical day is personalized. Examples include Facebook, Twitter, Instagram, and other social media content; online advertisements; music recommendations on Spotify; movie recommendations on Netflix, HBO, and other streaming services. Many online publishers such as newspapers’ and broadcasting companies’. Websites as well as search engines such as Google also personalize the content they offer.

Implications.: While many companies don’t want to reveal the details of their algorithms. Being aware of the basic principles helps you understand the potential implications. These involve so called filter bubbles, echo-chambers, troll factories, fake news, and new forms of propaganda.

Face recognition is already a commodity used in many customer, business, and government applications. Such as organizing your photos according to people, automatic tagging on social media, and passport control. Similar techniques can be used to recognize other cars and obstacles around an autonomous car . To estimate wildlife populations, just to name a few examples.

AI can also be used to generate or alter visual content. Examples already in use today include style transfer. By which you can adapt your personal photos to look like they were painted. By Vincent van Gogh, and computer generated characters in motion pictures such as Avatar, the Lord of the Rings. Where the animated characters replicate gestures made by real human actors.

Implications: when such techniques advance and become more widely available. It will be easy to create natural looking fake videos of events that are impossible to distinguish from real footage. This challenges the notion that “seeing is believing”. 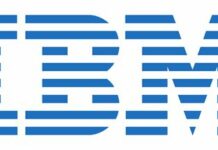 IBM Recruitment 2023 | College Students Should not miss the chance 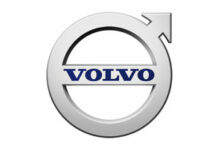