Biomechanics is a branch of biophysics. The word “biomechanics” come from the Greek bios and mechanike. Bios means life. It refers to the study of the mechanical principles of living organisms, particularly their movement and structure.

Aristotle is the first bio-mechanic, because of his work with animal anatomy. He wrote a book on the motion of animals, De Motu Animalium, or On the Movement of Animals. In his first work, he saw animals’ bodies as mechanical systems with the physiological differences between performing an action and actually doing it.

In another work, he provided an accurate description of how the ureter uses peristalsis to carry urine from the kidneys to the bladder. Galen wrote the book Marcus Aurelius on the function of the parts of the human body.

The next major biomechanic was Leonardo da Vinci. Da Vinci was an artist, mechanic, and engineer. He contributed to mechanics, military, and civil engineering projects. He also studied anatomy in a mechanics context. He also studied joint function.

He tended to mimic some animal features in his machines. He studied the flight of birds so that humans can fly. He studied horses muscular systems to design machines that would better benefit from the forces applied by this animal.

Andreas Vesalius challenged Galen’s work on the function of the parts. He published his work called on the structure of the human body. In this work, he corrected many errors made by Galen. On Copernicus’s deathbed, he published his work on the revolutions of the heavenly spheres. This work revolutionized science and physics with the development of mechanics and biomechanics.

Galileo Galilei was known as the father of mechanics. He was born 21 years after the death of Copernicus. He was a very good lecturer. His spirit and teachings lead the world in the direction of science. He made lots of biomechanical aspects. He discovered animal masses increase disproportionately to their size and their bones disproportionately increase in girth rather than mere size.

Animals bone masses increased disproportionately to their size. Bones must increase disproportionately in girth rather than mere size because the bending strength of a bone is much more efficient relative to its weight. This insight became one of the principles of biological optimization.

The muscles must produce much larger forces than those resisting the motion. He was very much influenced by the work of Galileo. He had an understanding of static equilibrium in various joints of the human body. His work is considered as the most important in bio-mechanics because he made so many new discoveries that opened the way for the future generations to continue his work and studies.

Researchers developed improved treatments for a wide array of pathologies. Biomechanics is applied to studying human musculoskeletal systems. Research made on human ground reaction forces and infrared videography to capture the trajectories of markers attached to the human body to study human 3D motion. The research applies electromyography to study muscle activation, investigating muscle responses to external forces and perturbations. 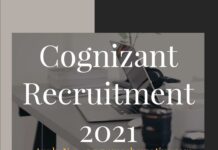