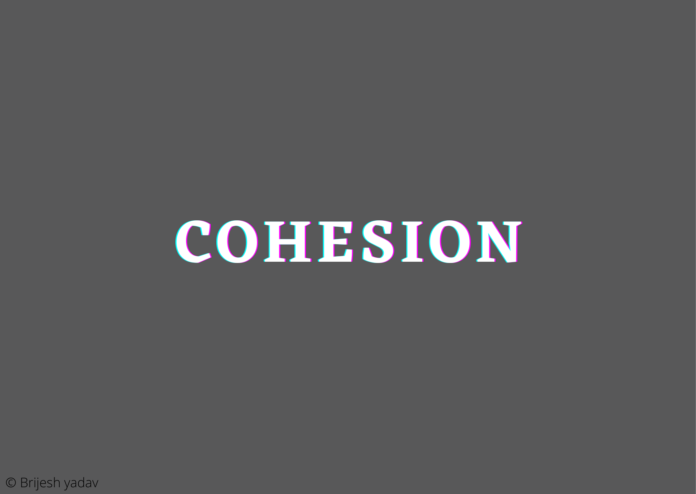 Cohesion is the measure of functional relatedness of elements within a single module. When dividing a system into modules, it must ensure that the activities within the module are tightly bound to one another.
There are seven types of cohesion:
1. Functional cohesion
2. Sequential cohesion
3. Communicational cohesion
4. Procedural cohesion
5. Temporal cohesion
6. Logical cohesion
7. Coincidental cohesion