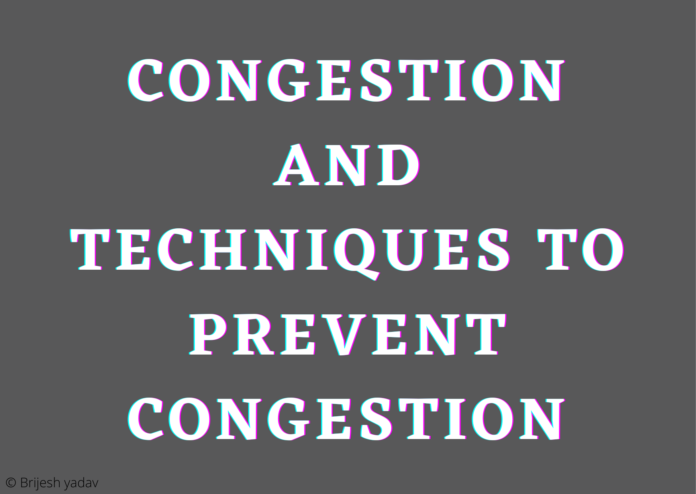 Congestion control refers to techniques and mechanisms which will either stop congestion before it happens or take away congestion when it’s happened.