1) Who has become the fastest player to score 22000 international runs ?

2) Who has won the Bahrain Grand Prix ?

Explanation : Bahrain Grand Prix is a formula one championship race in Bahrain currently sponsored by Gulf Air. Louis Hamilton is from Britain and driver of Mercedes company.

Explanation – Shanghai is the China’s biggest city and a Global financial hub is now world’s most connected city declared by International air transport association whose headquarter is in Montreal , Canada.

Explanation – Yes Bank launched this feature for point of sale terminal , by POS contact less and distance money transfer is possible in this teacher. It’s headquarter is in Mumbai and MD is Prashant Kumar.

Explanation – This scheme is launched by Assam government in December 1 2020 to help the the 18 lakh population of Assam whose annual income is 2 Lakh or less , under this scheme rupees 830/- per month will be credited in the bank account of female adult of family.

Explanation – Rohit Sharma is the captain of Mumbai Indians , IPL team who won the 13 th session of it held in United Arab Emirates.

7) when was World AIDS day celebrated?

Explanation – World AIDS day is celebrated every year on 1st December to spread awareness and to commemorate those who died because of this disease. This year the theme of the day was global soliditary shared responsibility.

8) Who has released the book ‘ Future of Regional Cooperation in Asia and the Pacific ‘ ?

Explanation – This book is based on How to recover from financial crisis occurred in Asian and Pacific region due to covid-19.

9) Who has been appointed the new general secretary of the lok sabha?

10) who has been appointed the new chairman of the National dairy development board ?

Explanation – Dilip Rath was the former chairman of National dairy development board whose head quarter is in Anand Gujarat.

11) Who has become the first woman vice chancellor of Allahabad University?

Explanation – She is the first woman who appointed as the vice-chancellor of Allahabad University.

12) According to the released US air quality index which is the most polluted?

Explanation – Lahore is the world’s most polluted city and New Delhi ranks second in this list.

13) Who has been selected as the ambassador of the Bafta Break Through Initiative in India ?

Explanation – Indian singer and the Oscar winner AR Rahman will select the Brilliant TV or film actor/actress and provide them international stage . BAFTA stands for British Academy of Film and Television Arts.

14) India’s first Jungle park ‘ Konda Gorr ‘ has been established in which state?

Explanation – This jungle park has been established to to create awareness and protect biodiversities. Capital of Telangana is Hyderabad.

Explanation – On 2 December we also celebrate National pollution control day and International day for the abolition of slavery . 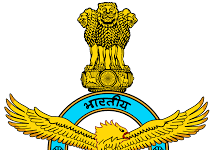 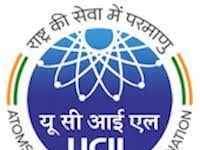 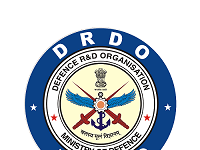