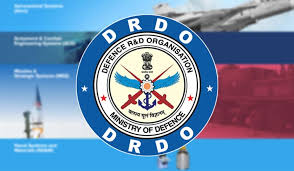 DRDO ( Defence research and development organisation) is an agency under the ministry of defence of India .

India comes in the top 7 countries that have their own fourth generation’s Combat Aircraft Main Battle tank .

Apart from all this, India comes in the top 6 countries which have developed Nuclear Powered Submarine indigenously.

India is among the 5 countries in the world which has its own Balacetic Missile Defense Program.

India is one of the four countries that have their own Airborne Early Warning and control system aircraft.

Above all, India is the only country in the world with Russia which has a fully operational supersonic cruise missile.

And like all these, India too was based on the world class system on military equipment, which is developed on the modern day technology in Defence research and development organisation in which Indian defence system ha important RND power house.

So, we discuss about some of the achievements of design that make India the most different state in the world.

Tejas which is India’s Light Combat Aircraft and the smallest and lightest multirole supersonic fighter aircraft in its class with all its variants.

This aircraft is a big step in the country’s strength in terms of air strength and towards making the country self-sufficient.

Tejas has been assigned to 35 Squadron of Indian Aircraft named Flying Daggers.

Airborne Early Warning And Control System is the third eye of India in the sky.

This is the weapon of India in which Airborn help military by indentify surface target and surveillance , tracking , classification.

This aircraft is capable of destroying the hostile target with its own interceptor by assessing every single threat moving towards India.

Aerostat system which is a very good platform to mount sensors.

And especially it is used for surveillance and communication for different types of applications of civil and military.

The IR Flares are used to save the transport aircrafts from IR guided missile.

BrahMos is a medium range supersonic cruise missile developed by Russia and India .

The name brahMos is named after the Brahmaputra river of India and Moscow on the river Russia.

There are following sonar developed by DRDO :-