Join Indian Navy Recruitment 2022 – The Indian Navy has announced the employment notification for the post of ITI Apprentice. There are a total of 338 vacancies to be filled for these posts. Candidates who completed ITI are eligible to apply for this job.

The selection will be based on the Written Examination/Interview. Eligible candidates can apply through online on or before 08 July 2022. The detailed eligibility and application process are given below.

The First Squadron of fighting ships called East India Company’s marine arrived on 5 September 1612. The primary objective of the Indian navy is to identify the threat or any other issues in and from the sea. Indian Navy has 67,228 personnel, 137 ships and 235 aircraft at present. It has its own defence operations to protect the nation from enemy forces territory and trade. Objectives of the Indian Navy:-

The Indian Navy has to prevent the nation against war or intervention.

In case of war, the navy has to make a decision quickly and confidently.

The Indian navy is the safeguard of India’s mercantile marine, maritime trade, and maritime security.

As compared to other profession in the civilian world, the Indian Navy has a great deal to offer to young men and women.

Minimum educational qualification for a person to undergo apprenticeship training in Designated Trades shall be Std 10 passed (in accordance with Apprentice Act 1961) with a minimum of 50% marks in Std 10 examination along with ITI examination passed (Provisional National Trade Certificate acceptable) in relevant trade with aggregate of 65% marks.

Candidates meeting the eligibility conditions would be called for written examination scheduled to be held at Mumbai in Aug 22. The
written examination of 2 hrs duration would comprise of 100 Multiple Choice Questions on General Science, General Knowledge and Mathematics.

All the interested and eligible candidates can apply through online by using official website on or before on or before 08 July 2022. 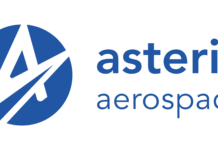 CGI Is Hiring Freshers 2023 – Any Graduate/MBA Can Apply Instantly 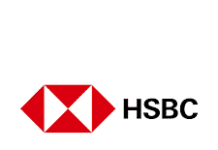