Here we are going to discuss the LAWS OF MOTION AND DIFFERENCES BETWEEN MASS AND WEIGHT. You can read our previous blog on the topic of General Machine Design Procedures.

It states, “Every body continues in its state of rest or of uniform motion in a straight line unless acted upon by some external force.”

It states, “The rate of momentum change is directly proportional to the affected force and takes place within the same direction during which the force acts.”

It states, “To every action, there is always an equal and opposite reaction.”

Sometimes much confusion and misunderstanding are created while using the various units in the measurements of force and mass. It happens due to the lack of a clear understanding of the difference between mass and weight.

It is the amount of pull, which the earth exerts upon a given body. Since the force varies with the body’s distance from the earth’s center, its weight will vary with its position on the earth’s surface (say latitude and elevation). It is thus evident that the weight is a force.

W is in newtons, m in kg, and g is the acceleration because of gravity in m/s2.

The amount of matter is contained in a given body and does not vary with its position on the earth’s surface. We can measure a body mass by direct comparison with a standard mass by using a lever balance.

Where m in kg, W is in newtons, and g is the acceleration due to gravity in m/s2.

The earth’s pull in metric units at sea level and 45° latitude has been adopted as one force unit and named as one kilogram of force. Thus, it is a definite amount of energy. However, unfortunately, it has the same name as the unit of mass.

We can measure the weight by using a spring balance. It displays the fluctuating tension in the spring when the body moves from one location to another.

Note: In S.I units, Mass in kg and weight in newtons. 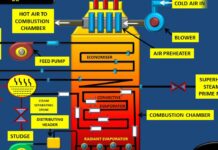