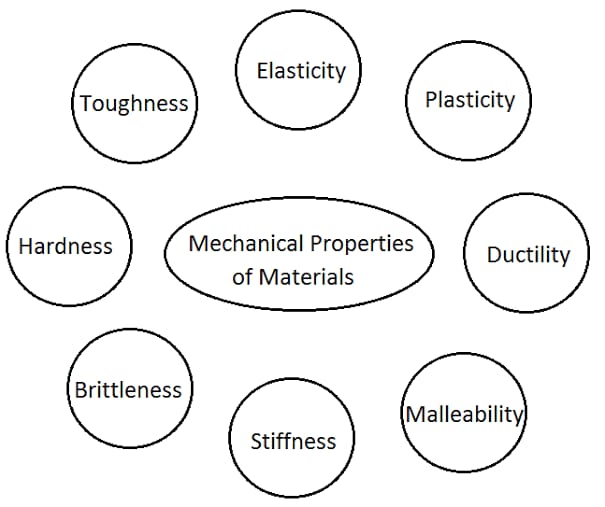 Elasticity may be defined as property by virtue of which the material regains its original shape and size when the deforming force is removed.

Plasticity is just opposite to elasticity. The object never regains its original shape when the deforming force is removed.

It is the ability of a material to absorb energy during plastic deformation up to fracture. Toughness of a material then is indicated by the total area under the material’s tensile stress-strain curve up to the point of fracture.

Resilience is somehow related to toughnesss. It is the ability of a material to absorb energy when it is deformed elastically and release that energy when the deforming force is removed.

Proof Resilience is defined as the maximum energy that can be absorbed up to the elastic limit, without creating a permanent distortion.

It may be defined as the strain energy per unit volume required to stress a material from a state when no deforming force is applied upto the point of yielding.

Malleability can be defined as the capacity of a material to withstand deformation under compression without rupture. For example forging and rolling operations. The ability of a metal to be formed by hammering or rolling is called malleability. For example lead, gold is most malleable. Malleability differs from ductility in the sense that ductility is considered a tensile property and malleability a compressive property.

The property of material which resist the penetration. It is defined as the ability of material which resist scratching, cutting , abration, penetration, wear and tear. The hardness is ability to cut another material. Test such as Brinell, Rockwell, vickers etc. are generally used to measure hardness. The hardness of metals is also increased by alloying cold work and precipitation hardening.

It is the ability of material to withstand the external force without distraction or breaking. The strength of material varies according to the type of loading that is tensile strength, compressive strength and shear strength.

It is the property of an elastic body by virtue of which its behaviour becomes less elastic under the the action of repeated alternating deforming forces.

Creep is the time dependent continued plastic deformation at constant 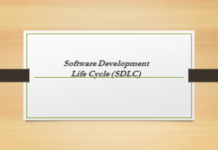