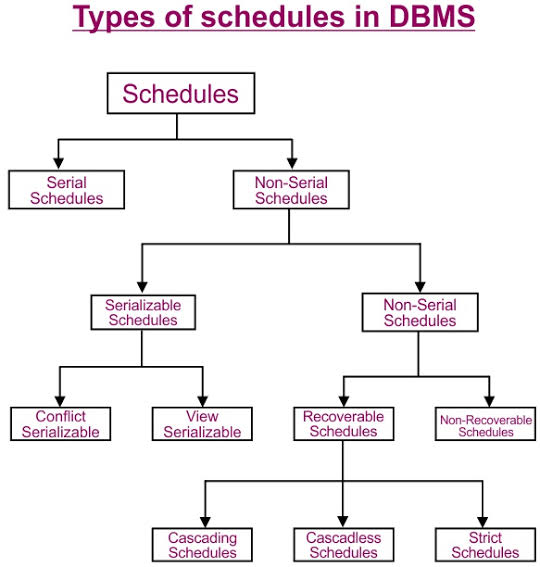 If in a schedule . A transaction performs dirty read. From uncommitted transaction. And commits before the transaction from which it has read values. Then such schedule is call as irrecoverable schedule.

Furthermore, we’ll study about types of recoverable schedule. Its types are: