A variable is a named memory location where the data value of a specific data type is stored. In Java, a variable is a type of container that holds the value while the program is running. Let’s get started with Java Variables.

A variable is a basic unit of storage in a program that represents reserve storage locations, the values of which can be changed during the program’s execution. A datatype is assigned to a variable. We can refer from this also: https://chortle.ccsu.edu/java5/Notes/chap09A/ch09_3.html

The word variable is broken down into two words: “vary” & “able,” which means that the value of variables will change.

The declaration of variables in java is usually done in this way:

Other variable declarations are:

When we need to declare more variables of same data type we can declare it by comma separated values.

Syntax: we can initialize variables in java as given below:

Given below the image which illustrates about variable declaration and its memory allocation:

As local variables have no default value, we must assign one before using them for the first time. When a class variable, instance variable, or array component is created, it is initialised with a default value:

Here we come to an end to our blog on Java Variables. We’ve gone over the Java variables and their types in depth in this article, along with their examples, syntax, and logical codes, so you can understand them.

If we miss anything in this blog, please do share your thoughts in comment Section. We will be glad to add your Suggestions!!! 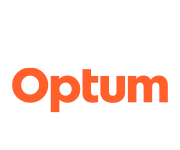