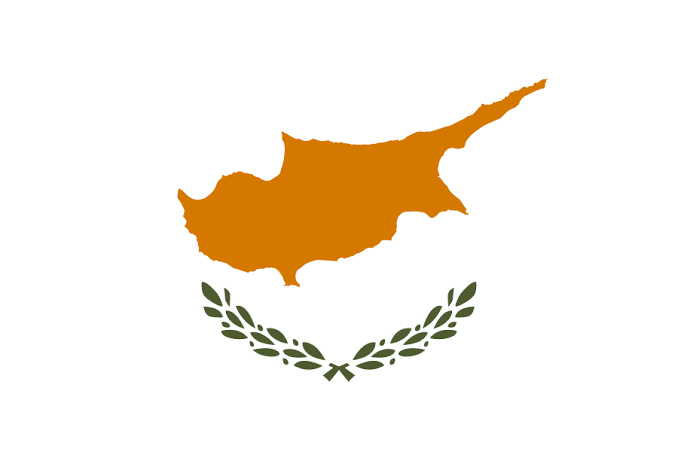 FACTS IN BRIEF ABOUT CYPRUS

The flag is white with a map of Cyprus in copper-yellow (for copper) in the centre about two green crossed olive branches (for peace). It’s width-to-length ratio is 3 to 5.

On August 16, 1960, the Republic of Cyprus was proclaimed, with a national flag of neutral design.

It’s maximum length, from Cape Arnauti in the west to Cape Apostolos Andreas at the end of north eastern peninsula, is 140 miles (225 km); the maximum north south extent is 60 miles (97 km).

With an area of 3,572 square miles (9,251 square kilometre), it is the third largest Mediterranean Island (after Sicily and sardinia).

Cyprus consists of two States the Republic of Cyprus, which occupies the southern two-thirds of the country and the Turkish Republic of the northern Cyprus, which since its declaration of independence in 1983 has been recognised only by Turkey. The capital for both state is that Nicosia.

The troodos Mountains in the south and Southwest are of great interest to geologist, who have concluded that the range, made up of igneous rocks, was formed from molten rock beneath the deep ocean that once separated the continents of Eurasia and Afro-Arabia.

The major rivers in Cyprus originated in the Troodos Mountains. The pedieos, which is the largest, flows eastward toword Famagusta Bay; the Serakhis flows north west ward and the karyotis northward to morephou Bay; and the kauris flows southward to Episkopi Bay.

The economy of Cyprus is predominantly agricultural and the main natural resource is the arable land.

Copper and other minerals were formerly a major source of expert earnings, but mining has declined considerably in importance.

The selimiye mosque ,located in the turkish sector of nicosia, was originally constructed as a Christian church.

Completed in 1325, the the structure was converted to use as a masque after Ottoman forces gained control of the island in the late 16 century.

Potato Harvest in Cyprus :- Cropland covers one-tenth of Cyprus and only one-tenth of labour force works in agriculture.

Hilltop Castle in Cyprus : Small castles overlooking the water are common throughout Cyprus. Many of this structure were built during the 13th and 14th century Louisignan Dynasty.

The dynasty gained control of Cyprus when Richard I, king of England, seized the island in 1191 and gave it to Guy Lusignan, the titular king of Jerusalem.