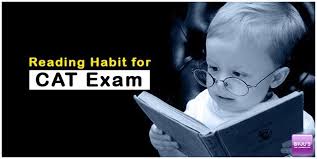 The passage given bellow is followed by a set of five questions. Choose the most
appropriate answer to each question.
Fifteen years after communism was officially pronounced
dead, its spectre seems once again to be haunting Europe. Last
month, the Council of Europe’s parliamentary assembly voted to
condemn the “crimes of totalitarian communist regimes,” linking
them with Nazism and complaining that communist parties are
still “legal and active in some countries.” Now Goran Lindblad,
the conservative Swedish MP behind the resolution, wants to go
further. Demands that European Ministers launch a continent-
wide anti-communist campaign—including school textbook
revisions, official memorial days, and museums—only narrowly
missed the necessary two-thirds majority. Mr. Lindblad pledged
to bring the wider plans back to the Council of Europe in the
coming months:
He has chosen a good year for his ideological offensive: this is
the 50’h anniversary of Nikita Khrushchev’s denunciation of Josef
Stalin and the subsequent Hungarian uprising, which will
doubtless be the cue for further excoriation of the communist
record. Paradoxically, given that there is no communist
government left in Europe outside Moldova, the attacks have if
anything, become more extreme as time has gone on. A clue as to
why that might be can be found in the rambling report by Mr.
Lindblad that led to the Council of Europe declaration. Blaming
class struggle and public ownership, he explained “different
elements of communist ideology such as equality or social justice
still seduce many” and “a sort of no for communism is still
alive.” Perhaps the real problem for Mr. Lindblad and his right-
wing allies in Eastern Europe is that communism is not dead
enough — and they will only be content when they have driven
a stake through its heart.

The fashionable attempt to equate communism and Nazism
is in reality a moral and historical nonsense’. Despite the cruelties
of the Stalin terror, there was no Soviet Treblinka or Sorbibor, no
extermination camps built to murder millions. Nor did the Soviet
Union launch the most devastating war in history at a cost of
more than 50 million lives—in fact it played the decisive role in
the defeat of the German war machine. Mr. Lindblad and the
Council of Europe adopt as fact the wildest estimates of those
“killed by communist regimes” (mostly in famines) from the
fiercely contested Black Book of Communism, which also
underplays the number of deaths attributable to Hitler. But, in
any case, none of this explains why anyone might be nostalgic
in former communist states, now enjoying the delights of
capitalist restoration.
The dominant account gives no sense of how communist
regimes renewed themselves after 1956 or why Western leaders
feared they might overtake the capitalist world well into the
1960s. For all its brutalities and failures, communism in the
Soviet Union, Eastern Europe, and elsewhere delivered rapid
industrialization, mass education, job security, and huge advances
in social and gender equality. Its existence helped to drive up
welfare standards in the west, and provided a powerful
counterweight to western global domination.
It would be easier to take the Council of Europe’s
condemnation of communist state crimes seriously if it had also
seen fit to denounce the far bloodier record of European
colonialism—which only finally came to an end in the 1970s.
This was a system of racist despotism, which dominated the
globe in Stalin’s time. And while there is precious little connection
between the ideas of fascism and communism, there is an intimate
link between colonialism and Nazism. The terms lebensraum

and konzentrationslager were both first used by the German colonial
regime in South-West Africa (now Namibia), which committed
genocide against the Herero and Nama peoples and bequeathed
its ideas and personnel directly to the Nazi
parry.
Around 10 million Congolese died as a result of Belgian
forced labor and mass murder in the early twentieth century; tens
of millions perished in avoidable or enforced famines in British-
ruled India; up to a million Algerians died in their war for
independence, while controversy now rages in France about a
new law requiring teachers to put a positive spin on colonial
history. Comparable atrocities were carried out by all European
colonialists, but not a word of condemnation from the Council
of Europe. Presumably, European lives count for more.
No major twentieth century political tradition is without
blood on its hands, but battles over history are more about the
future than the past. Part of the current enthusiasm in official

Western circles for dancing on the grave of communism is no
doubt about relations with today’s Russia and China. But it also
reflects a determination to prove there is no alternative to the new
global capitalist order – and that any attempt to find one is bound
to lead to suffering. With the new imperialism now being resisted
in the Muslim world and Latin America, growing international
demands for social justice and ever greater doubts about whether
the environmental crisis can be solved within the existing
economic system, the pressure
for alternatives will increase.

(C) Making communism a generic representative of
all historical atrocities, especially those perpetrated by the European imperialists.
(d) Communism still survives, in bits and pieces, in
the minds and hearts of people.
(e) Renewal of some communist regimes has led to
the apprehension that communist nations
might overtake the capitalists.

(b) Generating support for condemning communist
ideology.
(c) Unwillingness to antagonize allies by raking up
an embarrassing past.
(d) Greater value seemingly placed on European
lives.
(e) Portraying both communism and Nazism as
ideologies to be condemned. 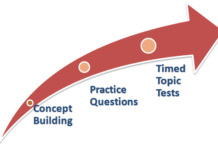 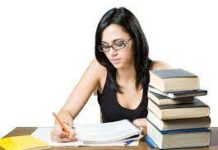 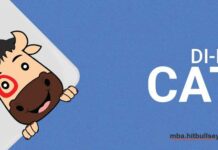