ASPNET is a technology for building powerful, dynamic web applications and is a part of .NET Framework. ASPNET is an extension version of Active Server Pages (ASP); It provides an integrated web development models that includes the services necessary for developers to build web applications.

In ASPNET most of the syntax is compatible with Classic ASP. It is a pre-compiled, .NET-based environment. One can create any applications in any .NET compatible language, including Visual Basic .NET, C#, and JScript etc.

The .NET Framework is available to any ASP.NET application. Developers can easily access the benefits of these technologies, which include the managed Common Language Runtime environment, type safety, inheritance, and so on.

ASP.NET is design to work with HTML editors and other programming tools, including Microsoft Visual Studio .NET. It makes Web development easier, but it also provides all the benefits including a GUI that developers can use.

ASP.NET AJAX (Stands for Asynchronous JavaScript and XML) will be one of the most widely used parts of the .NET Frameworks. AJAX allows web pages too be updated asynchronously by exchanging small amounts of data with the server behind the scenes. This means that it is possible to update parts of a web page, without reloading the whole page.

Razor is new and simple markup syntax for embedding server code into ASP.NET web pages, much like Classic ASP. The ASP. Razor has the power of traditional ASP.NET, but is easier to use and easier to learn.

(a) Web Pages (With Razor syntax)

(1) The ASP.NET Programming model will become very easy, if having the classic ASP development knowledge.

(2) Accessing databases from ASP.NET applications is an often-used technique for displaying data to website visitors. ASP.NET makes it easier than ever to access databases and allows to manage the database from the code.

(3) ASP.NET programs are centralized application hosted on one or more web servers that responds dynamically to client request.

(4) It provides a simple model that enables Web developers to write logic that runts at the application level.

(5) Use APIs as powerful as the ISAPI programming interfaces that were included with previous versions of ASP, ASP.NET offers the IHttpHandler and IHttpModule interfaces 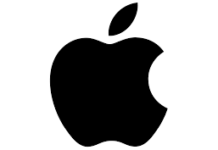 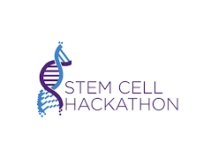